Fallon Sherrock suffered a first-round exit at the Alexandra Palace for the second successive year after a 3-1 loss to Ricky Evans; watch the 2023 PDC World Darts Championship until January 3 exclusively live on Sky Sports Darts 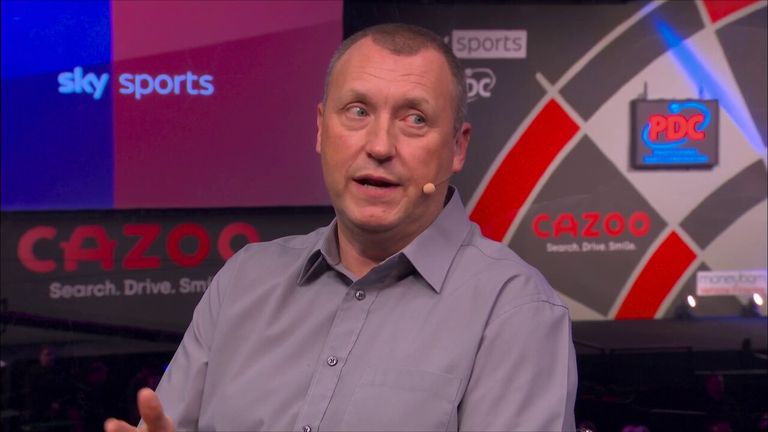 Ricky Evans believes Fallon Sherrock was the better player in her World Darts Championship exit and admits it was only missed doubles that saw him snatch a dramatic Alexandra Palace victory.

Sherrock, who famously became the first female to beat a man at the World Championship during her remarkable run three years ago to the third round, suffered a first-round exit for the second successive year at the Alexandra Palace.

‘The Queen of the Palace’ fired the higher average against Evans on Tuesday evening and won the opening set, only for her playing partner to battle back and claim a 3-1 victory to book a second-round meeting against Joe Cullen. 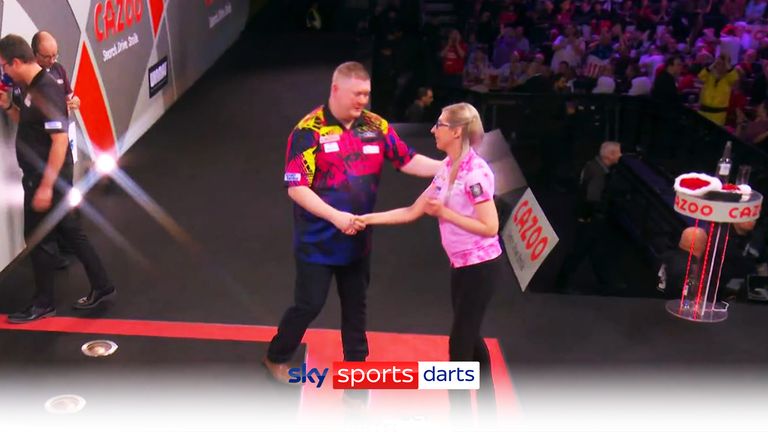 “I knew it was going to be tough, but I didn’t expect it to be that tough!” Evans told Sky Sports. “She is good! People are cheering because there’s a lady playing, but they don’t respect how good she actually is at darts.

“She was the better player in that game! I got away with that and I’m so happy to win – I’m chuffed to bits. She did miss doubles, she missed too many doubles and I took my chance and that is the story of my career.

“I think the boos were my dad, I think he was booing me because I was that bad. I am so happy because I have got nothing to lose now because that is the hardest game of darts you can ever play.” 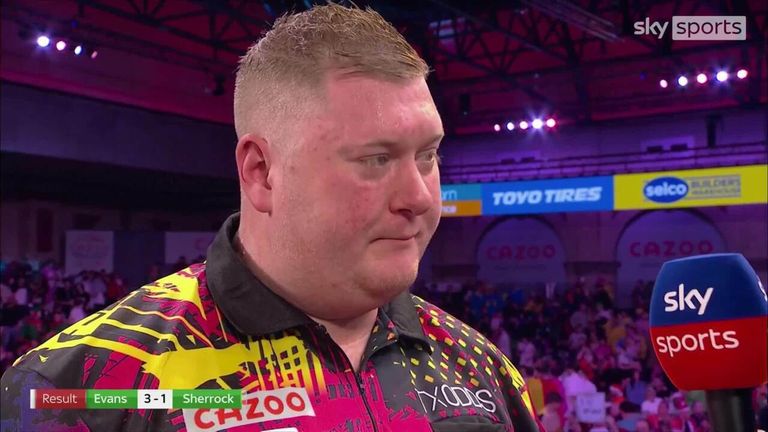 Ricky Evans says he has ‘nothing to lose’ after coming through a gruelling first round clash with Fallon Sherrock at the World Darts Championship.

Ricky Evans says he has ‘nothing to lose’ after coming through a gruelling first round clash with Fallon Sherrock at the World Darts Championship.

Sherrock only converted nine of 31 attempts on a double and Sky Sports’ Wayne Mardle believes her of composure, combined with a lack of precision, cost her what could have been a brilliant victory.

“Like Ricky [Evans] said, he got a bit luck and he got away with it,” Mardle said. “The third set kind of changed everything when Fallon wanted five after leaving five and missed darts at a double there again. After that, it kind of changed. 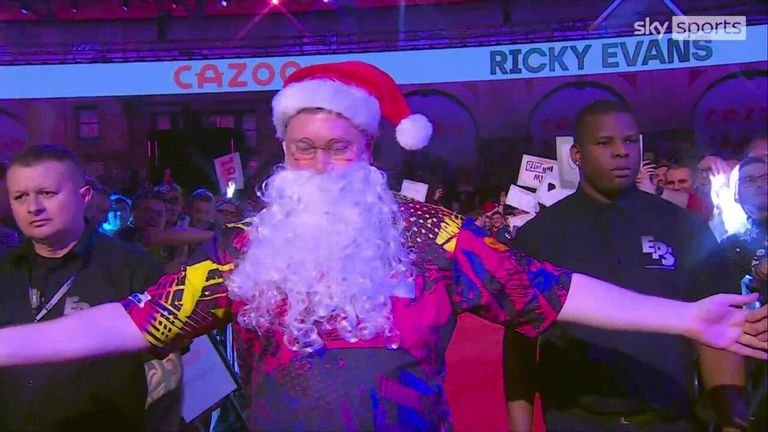 Ricky Evans gets the crowd in the Christmas spirit with his festive walk-on at Alexandra Palace.

Ricky Evans gets the crowd in the Christmas spirit with his festive walk-on at Alexandra Palace.

“From going seemingly 2-1 up to 2-1 down, Ricky played a bit better in the fourth set but he was right, he did get away with it. For Fallon, that is the best I have seen her play in a while to be fair, she played really well.

“What I thought was a flip-flop was Fallon usually has all the composure and Ricky doesn’t and it just flip-flopped. Fallon was the one to miss the doubles and Ricky was the one to hold it together. He hit 10 from 21, which is really good no matter who you are playing.

“It was Fallon that didn’t hold it together which is surprising. Fallon looked at one point that she was just going to keep hitting tons, 140s, 137s, but Ricky read it right and he got away with it but you need a bit of luck.” 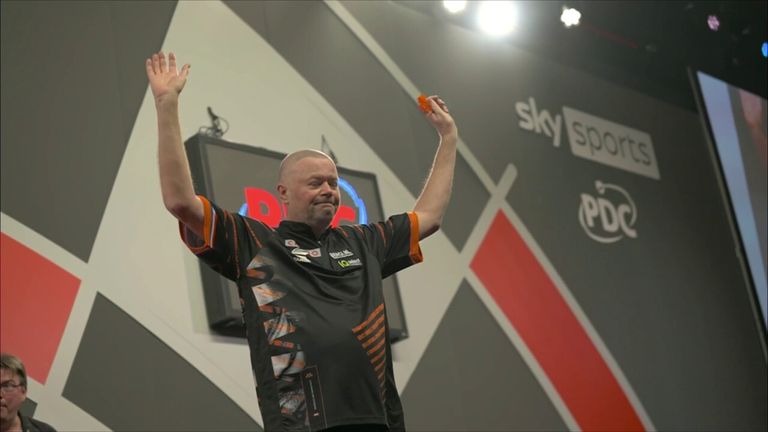 Part: Sherrock won’t be happy until she gets the win

Although the match was a marked improvement on performances of late from Sherrock, Sky Sports’ John Part believes she won’t be fully happy until she gets back to winning ways on the biggest stage.

“I thought it was a pretty even contest and I think Ricky finished better than normal- he hit 48 per cent on doubles which is really an excellent job,” Part said. “To hit the doubles at that rate from a bad start is really a good job done.

“Fallon, she can be happy with how she managed the game but she will certainly go back to the drawing board and get working on the doubles and fine-tuning.

“That was a good up sign for her but she wants the match wins and she isn’t going to be happy at all that she had a lead and didn’t carry on and win the match, certainly on the missed doubles.”

Watch the 2023 PDC World Darts Championship – live on Sky Sports Darts – all the way through to the final on January 3.