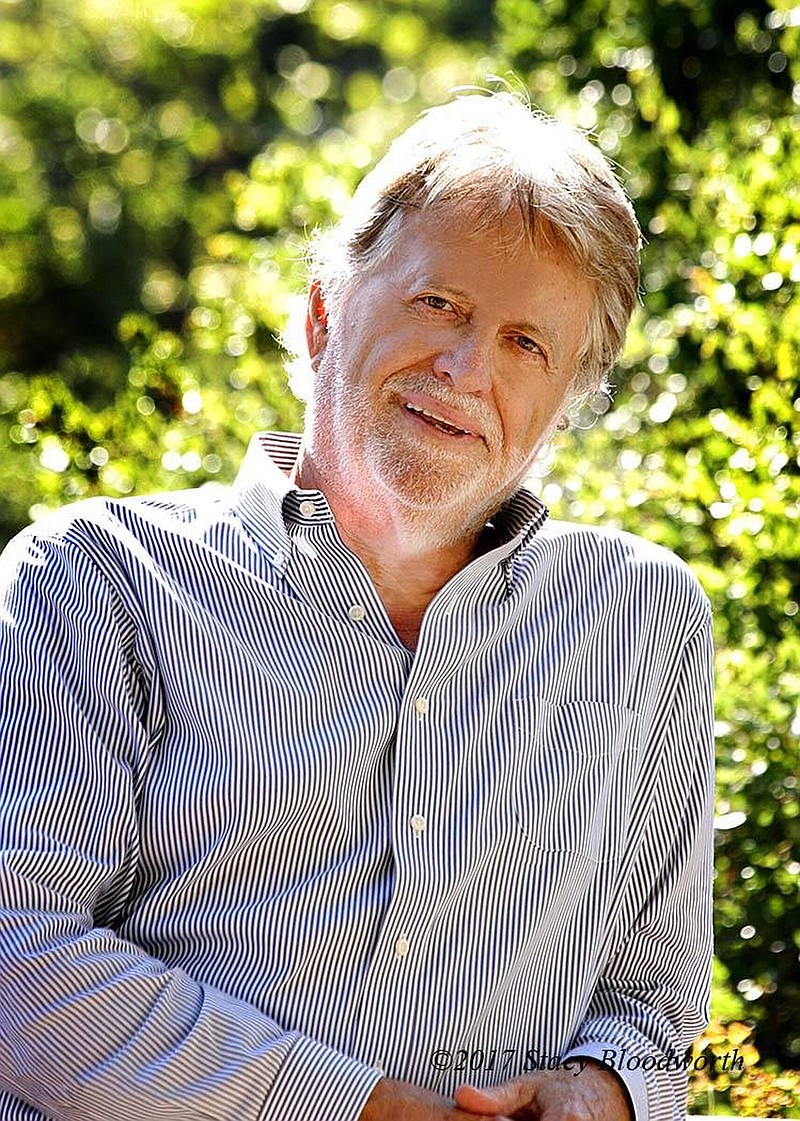 Lately it seems I can’t escape my past. Last week, I found myself wandering the halls of the University of Central Arkansas, listening to the neurotic ravings of Todd Solondz. This week, I drove to Beebe to attend one of their lecture seminars at the Arkansas State University campus. I attended ASU-Beebe right out of high school for a few semesters in the mid-2000s. It was an affordable option where I could get my required classes out of the way while I tried to figure out what to do with the rest of my life. Oddly enough, I’m still trying to figure that part out.

Back in my time there, the Beebe campus was rather offbeat with a very diverse and eccentric student body. If you’ve ever seen the show “Community,” ASU-Beebe was eerily similar. Almost everyone had a nickname and a whimsical trait. My nickname was Silent Al, because I dressed year-round similarly to the character Silent Bob, with long hair stretching all the way down my back and a green trench coat. There were all sorts of oddly specific cliques (the 70+ year-olds, the motorcyclists, the aspiring professional wrestlers), and bizarre campus wide events that every student attended because there’s literally nothing else to do in Beebe.

One thing that I don’t recall while I was a student there was visiting lecturers. In fact, the giant lecture hall in the Owen Center was only used to put on each semester’s theatrical student production.

But this year ASU-Beebe has brought in some interesting guests. Last month they had speaker going over Dracula, comparing Vlad the Impaler’s real biography to the myth that we all know and fear today. This past week they continued their lecture series by bringing in one of the most famous Arkansans ever to go to Hollywood, Harry Thomason.

Thomason’s heyday was a little bit before my time, but anyone that’s up on ’80s and ’90s pop culture and/or politics might remember him. He was the co-creator of such shows like “Designing Women,” “Evening Shade,” and the mini-series “The Blue and the Gray.” Political junkies might remember Thomason as being a close friend of Bill Clinton, even producing several documentaries on Bill and Hillary.

I assumed that the crowd was going to be full of geriatrics — and my assumption was mostly correct — as the auditorium was mainly filled with older people with a light sprinkling of students. I found it kind of odd that the college would invite Thomason to come speak, as ASU-Beebe doesn’t really have a film or television department. In fact, most people in the crowd seemed to come only to listen to his stories about “Designing Women.” The show was a big hit and remains important to Southerners. But throughout the night Thomason mostly recounted stories about how he ended up in Hollywood in the first place.

Thomason took the stage, slowly shuffling his feet along. The 82-year-old certainly looked his age, but his mind and wit were sharp for the entire night, although, there was one point during the lecture where it looked like he was going to lose his balance and topple over. I grew a bit concerned, mentally plotting a route to help him just in case he did take a dive off the stage, but luckily he caught himself before falling. After that one scare, he didn’t falter through the entire two hours of standing and raconteuring.

He started the night by talking about growing up in Hampton. He reminisced about his youth, giving the town drunk a Christmas gift, and the local sheriff whose idea of justice was a good whipping rather than handcuffs. He talked about his childhood best friend, who was also next door neighbor, Charles B. Pierce. This was shocking news to me that two of the most famous Arkansas filmmakers literally grew up within feet of each other. Pierce would grow up to make movies such as “The Legend of Boggy Creek”and “The Town That Dreaded Sundown.”

Both Pierce and Thomason got their starts in the entertainment industry through hard work and a bit of hustling. Thomason told the story of how he conned his way into his first directing job for a political advertisement campaign. He smooth talked his way to get one chance at making a commercial — the only problem was that he had no crew, no cameras, no experience, and only 48 hours to have a finished product.

The story was a comedy of errors, as he had to enlist his football players (Thomason was a high school football coach at the time) to fill in as his crew. He borrowed film equipment from the school, and he had connections at a local film processing center to get his footage developed. The entire crowd was in stitches listening to this underdog tale. The night was full of stories of his misadventures in Hollywood. He had tales about going out to Los Angeles with only $1,000 to his name, renting an old pink Ford Pinto from gangsters, and successfully pitching ideas to studio executives.

One of the major themes that ran through his stories was the generosity of Arkansans, and how we are always ready to help. He had more than one tale of how rednecks saved Hollywood, be it finding the right place to film an entire civil war miniseries, having connections to the Southern members of the Motion Picture Association of America, having an entire biker gang willing to fill in as extras, or having everyone in the state write to the president of CBS to renew “Designing Women” for an extra season.

At some point during the event, my phone kept buzzing. Friends of mine were texting me, letting me know that Donald Trump had just announced his candidacy for the next presidential election. At this point it struck me that Thomason had made zero mention of his political dealings in the ’90s. So out in the lobby, as he was signing copies of his book, “Brother Dog: Southern Tales and Hollywood Adventures,” I asked him why he didn’t talk politics tonight.

“Well it seems like we got off to such a good start, why would I ruin it with politics,” he said.

I then informed him that Trump had just announced he’s running again. Thomason responded with a heavy hand of sarcasm, “Oh, I’m really shocked about that one. I got to know him, back in the day, we had one of his fiancees on ‘Designing Women,’ and boy, he was a mess back then.”

He was still a bit sheepish when I prodded him about other political topics, like meeting Bill Clinton for the first time in a pancake house and instantly knowing that he’d someday be president, or being the co-chairman of the inauguration committee. But then I realized that a majority of his political career hadn’t been as fun or heartwarming as his entertainment career. He ended up being involved in the Travelgate scandal, and had to testify multiple times in front of a grand jury.