What Does Trump’s Presidential Bid Mean For The GOP? – The Spectator 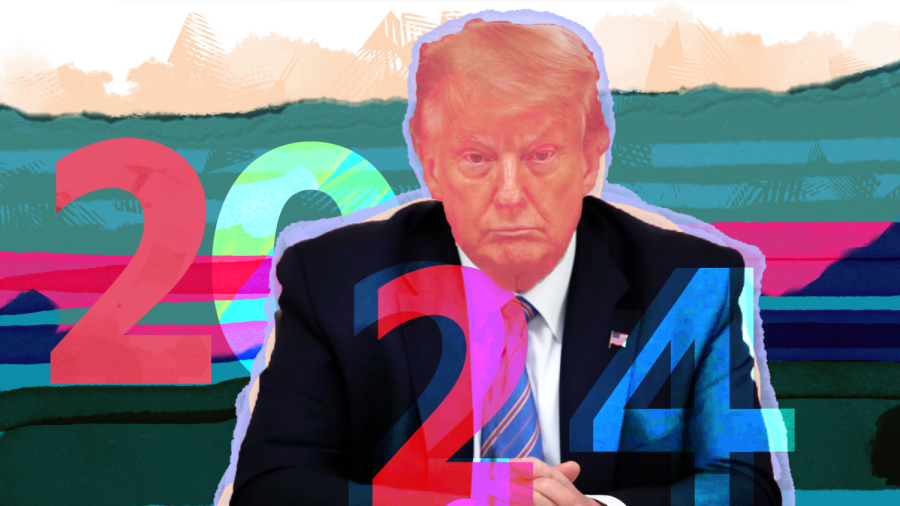 A week after Donald Trump prepped the electorate with news of a very big announcement, the former President satisfied his claim: he will be seeking re-election, again.

Trump’s 68-minute announcement came after poor midterm election turnout for Republicans. Party officials including Senate minority leader Mitch McConnell blame Trump for the lackluster election results, leading to speculation that the GOP is in flux. Prominent conservatives opined Trump’s focus on the 2020 election paired with his hyper-partisan style is a toxic mix for the party. But journalists and analysts note that Trump—and more importantly, Trump’s anti-democratic commitments—can’t be dismissed. Trump won the Republican nomination and eventually the presidency in 2016 after a myriad of embarrassments and widespread dismissal. A similar scenario could happen again.

Trump’s announcement at his Mar-a-Lago resort contained the tenets of what many now recognize as Trumpism: a focus on persona over policy, punctuated by claims undergirded by disinformation and racism. Trump deployed “the pause” to refer to his time away from the Oval Office. The former president also revisited his classic frustration around southern border policy, claiming that “hundreds of thousands of pounds of deadly drugs” are pouring into the country through “porous” Southern borders.

Trump struck a nostalgic tone when describing the intent of his 2024 bid. The “United States stood ready for its golden age,” when Trump was jettisoned from the White House in 2020 following a messy coup attempt. He argued that his successor has eroded the “power, prosperity and prestige” of the United States achieved during the Trump Administration.

Patrick Schoettmer, associate professor of political science at Seattle University, said Trump’s speech aimed to rekindle the fervor that elevated him to the Presidency in 2016.

“For the most part Trump’s campaign is not about substance, it’s all vibes: I’m angry, you’re angry, we’re angry at the same people, let’s go get them. That’s always been the basis of his campaign. His speech, as much as it was about anything, was about him trying to remind people he hates the same people they do,” Schoettmer said.

Despite his commitment to the tested flashpoints, Trump’s announcement was decried across the aisle as underwhelming and verbose. The New York Post, once Trump’s favorite tabloid, ran a sardonic column on the event; “Florida Man Makes an Announcement.” The conservative outlet Fox, known to parrot  many of Trump’s unfounded claims, cut away from Trump’s announcement and only occasionally returned in order to color the punditry. The Wall Street Journal dubbed Trump “the Republican party’s biggest loser,” while National Review ran an editorial with the terse headline, “No.”

Isabella Maffei, a fourth-year public affairs and political science double major at Seattle University, believes the GOP wants to do away with the former president. Citing the fact that only one American President has won re-election after being defeated, Maffei described Trump’s third bid for President as “outlandish.”

“The Republican party is sick of Trump’s games and the way he throws them around,” Maffei said.

After Trump-backed candidates—along with the majority of the party—underperformed during the midterm elections, many GOP officials highlighted the need for fresh national leadership. Florida Governor Ron DeSantis, after winning re-election by a large margin, seems likely to take up the call. Responding to Trump’s attacks over social media, DeSantis told the media to “check out the scoreboard” from election night. This comes amid polling that shows voters in Georgia, Iowa, New Hampshire and Florida favor DeSantis over Trump. Nationwide polling conducted by Politico shows 47% of Republicans and Republican-leaning independents say they would back Trump, compared to 33% who favor DeSantis. Polling two years from a Presidential election is subject to change, but by all indications, DeSantis is making significant inroads.

Eddie Voloshin, a fourth-year philosophy major and vice president of the political science club at Seattle U, said DeSantis’ comparatively measured public persona makes him agreeable to larger national audiences, though his policy program is extreme.

“DeSantis is just a boring Trump, and that’s what makes him so dangerous,” Voloshin said. “I think he’s a very effective politician.”

Though Trump’s plans for re-election have been denounced by many conservative circles, the GOP is not in lockstep. House Representatives Marjorie Taylor Greene, Matt Gaetz, Elise Stefanik and Sen. Lindsay Graham all rushed to endorse Trump along with other federal officials and low-level public figures.

Even with the nascent fissures in the GOP, Trump still has the base that won him the Republican nomination in 2016, Schoettmer noted.