Seoul, South Korea, Dec. 22, 2022 (GLOBE NEWSWIRE) — This step follows as the development of official LaLiga metaverse platform progresses smoothly for the launch schedule on H1 of next year.

According to La Liga (The LaLiga National Professional Football League) on the 20th of Dec. the metaverse company TVM, has announced that it has started to develop LaLiga Metaverse Tokens La E On, which would be used as the key reward and payment tool on LaLiga Metaverse.

TVM is one of LaLiga’s +10 global official partners and has the exclusive right to use the designation of “Official Metaverse of LaLiga”. Among the world’s five major football leagues, LaLiga is the first that enters the metaverse, and for that end, selected a Korean company TVM as its metaverse partner to build its LaLiga Metaverse. 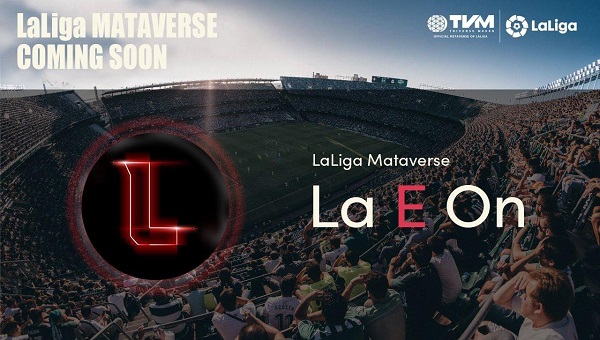 On its press release in May, LaLiga and TVM expressed their intention to provide more realistic and in-person interaction and fan engagement to LaLiga’s fans around the world by utilizing advanced technologies such as VR, AR, and XR. Based on wide range of exciting “fun” elements, contents, and fan participation such as the fans’ individual internet broadcasting, fun games, match result forecasting competition, fan communities, and social media functions, they revealed their ambitious goal of “Creating the Best Digital Football World for Fans.”

In particular, the tokens will be used in a wide range of contents, including payment tool for various contents within the Metaverse, fan voting, player and club sponsorship, streamer sponsorship, donation, and rival games between club fans, but more importantly, they can be acquired as a reward point through user activities.

Leo Choi, Blockchain Director of TVM, said, “LaLiga Metaverse Tokens will be used for NFT and P2E (Play to Earn) Rewards as well as various fan activities. Upon opening of platform, we forecast that at least hundreds of millions of holders will rapidly flow in from LaLiga fans and Metaverse users worldwide. Since LaLiga fans will actually use the Tokens on the platform, we are putting our best effort to prepare perfectly for security and functionality”.

LaLiga stated, “The LaLiga Metaverse will allow our fans around the world to enjoy various visual contents such as club stadium, their cities or landmark buildings, and to socialize each other on more real-like basis. We are looking forward to providing a variety of contents that our fans can enjoy and participate in, as well as ultimate convenience and enjoyment to fans who love LaLiga.”

Sisley-L, CEO of TVM, said, “If the limitless functions of VR, AR, XR, and blockchain technologies are combined with LaLiga Metaverse, it will be able to provide various events and fun for fans.”, expressing her expectation for the Metaverse and Tokens. She also added, “Apart from TVM, we are aware that domestic entertainment companies that have many global Korean Wave fans (for K-Pop and movies, etc.) are also preparing entertainment-type metaverses. Along with TVM, this provides a great opportunity for Korea to emerge as the global hub of the upcoming metaverse era. As such, we forward to more active support from the government.” 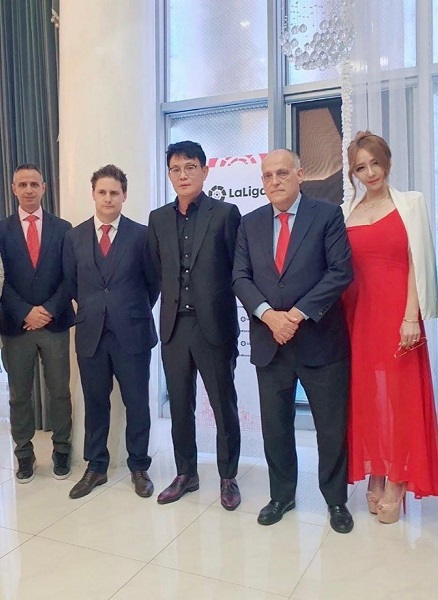 According to PwC, a global consulting firm, the ripple effect of metaverse on the economy is expected to grow rapidly, reaching $476.4 billion in 2025 and $1.5 trillion in 2030. Recently, major US big tech companies such as Meta (formerly Facebook), Apple, Microsoft, and NVIDIA are investing heavily in metaverse, particularly after the Covid-19 pandemic. So as the LaLiga Metaverse opening approaches, the industry is keeping its eyes closely on the metaverse of the giant Spanish football league.

TVM Inc. is the official sponsor of La Liga.

While TVM has been working on this project with La Liga, it is also holding meetings for collaboration with players from other great leagues. Standing out among them were Manchester United, Real Madrid, NBA and Paris Saint-Germain FC.

Our Metaverse will be, as La Liga said, the world’s first project with football.