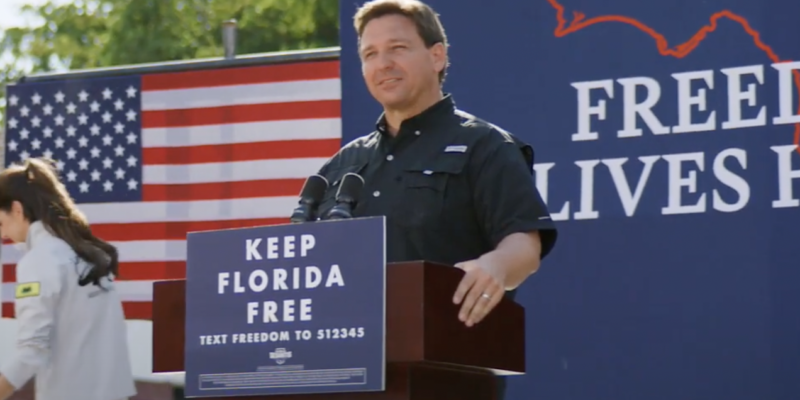 This past week, “My Pillow guy” Mike Lindell accused Gov. Ron DeSantis’ (R) massive electoral victory to be the work of election fraud. Unlike the allegations of Russian collusion by former President Donald Trump during the 2016 presidential election, Democrats, as a whole,  have not made any statements denying the 2022 Florida gubernatorial election that saw Gov. DeSantis crush former Rep. Charlie Crist (D) by 20 percentage points.

Congressman-elect Jared Moskowitz (D), who worked alongside Gov. DeSantis as the state’s Director of Emergency Management, chided Lindell on Twitter, acknowledging that DeSantis “crushed” Florida Democrats, and dismissed the “conspiracy” talk that somehow DeSantis may have cheated.

“I can assure the pillow man. We got crushed. No conspiracy here” stated Moskowitz.

To date, Florida Democrats have steered away from questioning DeSantis’s massive win.

I can assure the pillow man. We got crushed. No conspiracy here. https://t.co/eXLLPU89gf

The major point of Lindell’s contention is that DeSantis won Miami-Dade County, one of the Democratic counties in Florida. Of course, DeSantis’ popularity was such that even the most left-leaning pollsters were calling his victory inevitable. Even if he lost Dade County, it appears as if DeSantis would have still won reelection by a significant margin.