While indoor IoT devices have historically relied on battery power to function, one developer is turning to ambient energy harvesting as a sustainable and cost-effective alternative. French company Dracula Technologies recently secured $5.8M in funding to build out its LAYER technology, an indoor energy harvesting solution. 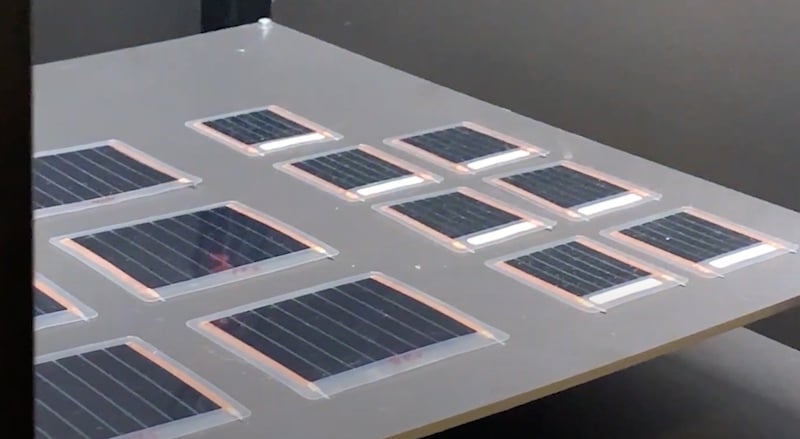 LAYER is a carbon-based organic photovoltaic module that harvests energy from natural and artificial light. Screenshot courtesy of Dracula Technology

After collaborating with the French public research organization CEA, Dracula Technologies was founded in 2011. Dracula’s Light As Your Energetic Response (LAYER) technology then underwent six more years of rigorous research and development before it was launched through Hello Tomorrow, a program for deep tech startups.

Now, with the capital from its recent funding round, Dracula plans to demonstrate LAYER on the 2023 CES stage and push the ambient energy harvesting technology to market.

Devices with solar energy harvesting are equipped with photovoltaic cells that can convert the wavelengths from sunlight into usable electrical energy. While it’s possible for solar cells to harness artificial light, it’s significantly less efficient than harnessing sunlight. Because of this, developers have not considered indoor energy harvesting a viable option for the billions of smart home devices on the market.

Dracula Technology claims, however, that it has found a way to harness enough indoor light to power some IoT devices. LAYER is Dracula’s proprietary organic photovoltaic technology designed to harness electricity from ambient light with intensities from 5 to 1,000 lux. From these indoor light intensities, a single 64 mm x 69 mm LAYER cell can produce 3 V, 210 µA, and 609 µW.

LAYER cells are manufactured using a fully digital inkjet printing process. Because of this, LAYER cells can be designed into any shape, providing designers with a high degree of design freedom and various dimensions. The flexible cells feature a bend radius of 2 cm, measure 0.30 mm thin, and weigh only 0.04 g/cm2. The bifacial solution can also collect photons from the front and back.

Because Dracula’s carbon-based photovoltaic modules are printed, they are free of the rare earth and heavy metals found in silicon-based organic photovoltaic modules. Dracula also claims its solution is four times more economical than batteries, with a long-term stability of 10 years with indoor use. The materials used in LAYER are encapsulated in flexible barrier films to protect it against humidity, external pollution, and ultraviolet rays. In terms of durability, LAYER technology is also reported to withstand atmospheric pressures of 550 to 1000 hPa and temperatures between -30°C to 40°C. 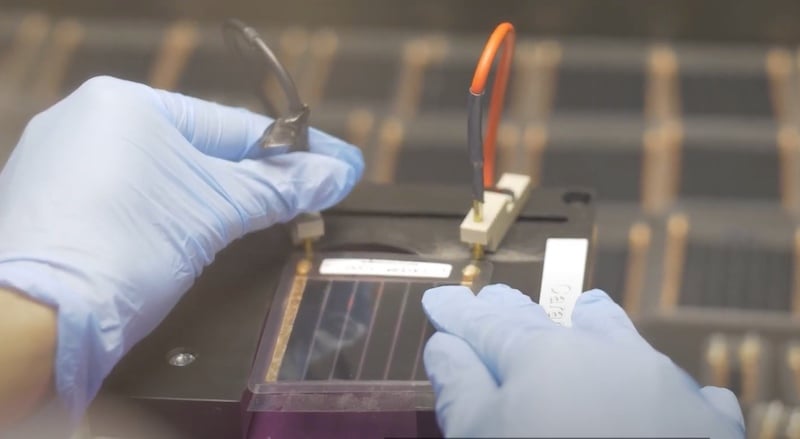 According to a 2021 TechCrunch spotlight on the startup, Dracula is working with several manufacturers to bring its product to market. Some confirmed partnerships include Renesas Electronics and AND Technology Research (ANDtr). From these collaborations, Dracula hopes to help develop self-powered, batteryless IoT devices that use BLE to send messages to a mobile app.