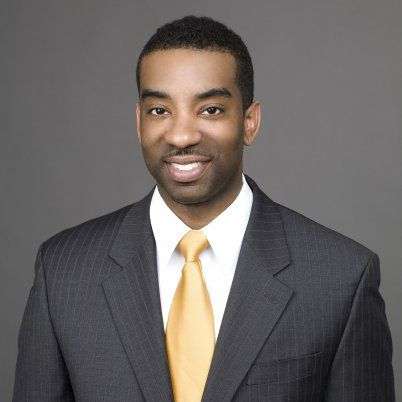 Good news is bad news again: Just as traders in cryptocurrencies and traditional finance were looking forward to saying goodbye to 2022, a dose of better-than-expected economic data may have damped the mood for asset prices yet again.

At the risk of sounding absurdly obvious, inflation remains an albatross around the neck of global economies. The gallows mentality of markets was that as economic data worsened with growing predictions of a U.S. recession in 2023, the Federal Reserve and other major central banks would ease off on their push to tighten monetary policy – perhaps the single biggest source of downward pressure on asset prices all year.

So data released Thursday suggesting the economy might still be humming along has suddenly reversed the narrative. The Standard & Poor’s 500 Index of large U.S. stocks tumbled 2.8%, the biggest single-day drop in three months. Bitcoin (BTC) is down 1.1% over the past 24 hours, based on the CoinDesk Bitcoin Price Index.

Declines in asset prices generally burden the owners of those assets. Increases in overall prices act as a flat tax on essentially everybody.

The economic data released Thursday shows that this tax isn’t set to decrease just yet.

While on the surface this appears to be good news, Federal Reserve Chair Jerome Powell has emphasized that the labor market needs to “soften.”

In the Fed’s view, labor market demand is out of balance with supply. The stronger-than-expected report raises the possibility that the Fed will continue attempts to slow overall job growth to keep wage increases in check.

David Tepper, a top-performing hedge fund manager, told CNBC on Thursday, “When the Fed says they’re going to do something, I tend to believe them.”

Gross Domestic Product (GDP): The U.S. economy’s third-quarter growth was revised higher to 3.2% from the 2.9% estimate released on Nov. 30. This should also be filed under the “good news = bad news” category. The Federal Reserve would likely prefer to see a contraction of growth as a necessary evil to quell price increases. Much of the growth was driven by increases in consumer spending, which will put upward pressure on prices.

GDP Price Index (GDP Price Deflator): The U.S. GDP price index rose 4.4% in the third quarter to a record high. A distinction between the consumer price index and the GDP Price Deflator is that the deflator is designed to capture changes in prices for all final goods and services. The CPI, by contrast, measures price changes for a “basket of goods.” The Deflator is often viewed as a more comprehensive look at price increases. Its move to a record high is likely the exact opposite of what the Federal Reserve wants to see.

What does this mean for crypto prices?

It’s challenging to find anything positive for crypto prices in these reports.

Strong jobs data and economic growth lead to higher prices, increasing the Federal Reserve’s motivation to put a lid on all three. This in turn leads to a decline in asset prices, impacting both traditional and digital assets.

Investors in traditional equities should expect to see a negative reaction to positive data as well. Investors in digital assets should keep in mind that both bitcoin and ether maintain strong correlations with the S&P 500 and Nasdaq.

Ultimately, the U.S. economy is still doing too well for the Federal Reserve to see positive signs in fighting inflation. Oddly enough, until the U.S economy starts performing poorly, asset prices are likely to suffer.

Sign up for Crypto for Advisors, our weekly newsletter defining crypto, digital assets and the future of finance.

Please note that our

do not sell my personal information

The leader in news and information on cryptocurrency, digital assets and the future of money, CoinDesk is a media outlet that strives for the highest journalistic standards and abides by a

CoinDesk is an independent operating subsidiary of

As part of their compensation, certain CoinDesk employees, including editorial employees, may receive exposure to DCG equity in the form of

which vest over a multi-year period. CoinDesk journalists are not allowed to purchase stock outright in DCG