BERLIN – Ocean Aviation Flight Academy, a world-class flight training institution on Maryland’s Eastern Shore, today announced it received a proclamation from the Town of Ocean City, Mayor Rick Meehan, and the City Council, to honor its accomplishments and success over the first 15 years at the Ocean City Airport.

Mayor Meehan’s comments from the proclamation reads, “Their everyday commitment to excellence and safety is an inspiration to aviation businesses everywhere and we are proud that they call the Ocean City Municipal Airport home base.”

“We wouldn’t be here without the dedication and hard work from my team,” said Michael Freed, Ocean Aviation founder and president. “This recognition means a lot, and I am grateful to all who contributed to our success over the past 15 years.”

The proclamation was presented the same week Ocean Aviation held a grand opening and ribbon cutting for their new Georgetown, Del., location at the Delaware Coastal Airport.  Ocean Aviation has nine training aircraft in its fleet, including a Redbird AATD full motion flight simulator, nine flight instructors and 14 on staff.

For more information about Ocean Aviation, visit flyoceanaviation.com or call 302-515-1177.

Ocean Aviation is a full-service pilot and flight training academy based in Ocean City, Md., winner of the AOPA Top Flight School Award in 2019 and recognized in 2022 as a Top Hawk Cessna Pilot Center.

Founded in 2007, Ocean Aviation is an appointed Cessna Pilot Center and FAA-approved Flight Academy providing training to aviators at two campuses in Maryland and Delaware. 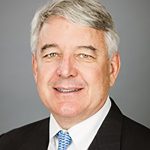 Coates first joined the Board of Directors of the company and the bank on May 14, 2014. He is a member of Coates, Coates, and Coates, P.A., and has practiced law in the Berlin and Ocean City area since 1985. He is admitted to practice law in the state of Maryland, the United States Tax Court, and is a retired certified public accountant.

In addition to serving as chair of the Board of Directors of the company and the bank, Coates is chair of the bank’s Governance Committee and is a member of the Audit Committee.

Raymond M. Thompson, president and chief executive officer commented, “Mr. Coates’ legal and accounting background and previous Board leadership positions provide him the skills and experience to be an effective Board Chair. As we look to the future, it is important that our Board composition continues to align with the community banking industry and stockholder expectations. Mr. Coates understands community banking and is highly respected by his Board colleagues and our bank employees. He is well-qualified for this important leadership role.”

Calvin B. Taylor Banking Company, the bank subsidiary of Calvin B. Taylor Bankshares, Inc. (OTCQX: TYCB), founded in 1890, offers a wide range of loan, deposit, and ancillary banking services through both physical and digital delivery channels. The Company has 12 banking locations within the eastern coastal area of the Delmarva Peninsula, including Worcester County, Maryland, Sussex County, Delaware and Accomack County, Virginia.

SALISBURY – Salisbury University students will have an opportunity to receive more scholarship funding in 2023 thanks to Delmarva Power.

The company, a division of Exelon, recently donated $5,000 to the SU Foundation, Inc. through its 28th annual Delmarva Scholarship Golf Classic tournament.

“Delmarva Power has long been a proponent of education,” said Salisbury University President Carolyn Ringer Lepre. “Each year, we are fortunate to partner with the company to host the Eastern Shore High School Mathematics Competition, which not only celebrates academics, but provides area students with what is sometimes their first experience on a college campus.”

She continued, “This generous gift not only extends that affiliation, but also provides assistance for SU students from the Delmarva Peninsula, furthering that commitment to young people in our area.”

SALISBURY – Mayor Jake Day is pleased to announce that the City of Salisbury and partners Evolution Craft Brewing Company have been designated to receive a total of $500,000 in grant money for the renovation and rehabilitation of Union Railway Station, located at 611 Railway Avenue in Salisbury.

The grant was awarded through the state’s Strategic Demolition Fund, a program designed to catalyze projects and activities that accelerate job production and economic development. Union Station was one of 22 projects in the state awarded from this fund.

Constructed in 1913, the station requires significant improvements to the main slate roof, gutter system, windows, doors, structural framing, and more to position the space for reuse. Development of the project will be spearheaded by project partners and Evolution Craft Brewing Company owners John and Tom Knorr, who have a long history of transforming vacant local properties into thriving commercial businesses, including the Red Roost, SoBos, Evolution Craft Brewery, and others.

“We are thrilled to work in conjunction with the City of Salisbury again on an important local project,” said developer John Knorr. “The commitment of state investment to renovate this unique historic structure provides a real opportunity for a significant impact in the neighborhood.”

Located in Salisbury’s Church Street Historic District, Union Station will become a vital hub directly along the Salisbury Rail Trail and will serve as an exciting place to rest or convene for locals or visitors alike.

“Not only is this grant going to transform Union Station, but it’s going to transform the Church Street neighborhood, our Rail Trail, and our City’s commercial landscape,” said Day. “This building has sat empty, crumbling, and unsightly for decades, and we’re here to breathe new life into it. Through this support from our governor and our partnership with the Knorr family and Evolution Craft Brewing Company, we have the unique opportunity to transform one of our City’s historic greyfields and make it into something that unites our residents.”

Renovations of Union Station are expected to begin in early 2023.