SNOW HILL – The Worcester County Commissioners agreed this week to extend the settlement date for the purchase of 95 acres for a sports complex.

The commissioners voted 4-3 on Tuesday to extend the settlement date for the Route 50 property being considered for a sports complex to January 31.

“My understanding is the sellers are amenable to this date,” said Roscoe Leslie, county attorney.

In April, the commissioners voted 4-3 to pursue the purchase of a 95-acre site owned by the Harrison family to develop a sports complex. A settlement date of Sept. 29 was set for the $7.1 million sale.

In the months since, county officials had an environmental site assessment completed. While it revealed no major issues with the property, the commissioners voted in August to spent $28,000 to have a consultant evaluate Route 50 access options for the site. There’s also been a change in plans as far as funding for the project. Though commissioners initially planned to buy the land with bond funds, the bond resolution eventually voted on didn’t include the word acquisition. At that point, staff confirmed that the commissioners would have to identify a different way to fund the $7.1 million purchase. 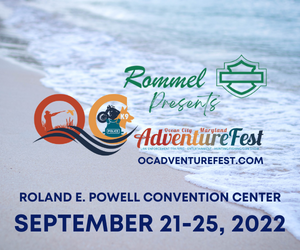 Leslie said this week they still hadn’t done that and as a result needed to extend the settlement date. He said he’d drafted a contract amendment to extend the date to Jan. 31, 2023.

“MSA is doing a study,” Mitrecic said. “They are also looking at how much they could possibly fund this project. Because of what was just passed last year in the last session, they got $250 million I believe it was to fund these types of projects. They’re still doing their study.”

Commissioner Chip Bertino asked whether MSA would potentially be providing a grant or a loan.

“It could be a combination of grants or loans,” Mitrecic said. “Or, if they find it feasible they could in fact pay for it all. Who knows.”

As far as how MSA came to update the study, Mitrecic acknowledged that the Town of Ocean City asked the agency to update a study that was done in 2019.

Mitrecic said the county would have input. He added that Ocean City had paid for the study because the town wanted to work with the county.

“Ocean City voiced the opinion they’d like to partner with us and put an indoor venue on the property once it was developed or along with the development of that property,” Mitrecic said.

He said the county was simply doing due diligence in hiring a consultant to review site access and waiting for the information from MSA.

When asked whether county officials had met with Berlin leaders, Mitrecic said that would occur after the access study was complete.

“Who in the county is going to lead this project?” Bertino asked.

Mitrecic said the county needed the results of the MSA study.

“If we decide to move forward with it and we find funding, we’d have to hire a company…,” he said. “I was contacted by a gentleman last week that does these types of things and said he’d be interested in bidding design and everything else. The group that was in here and spoke to us does that also. We’d have to send out an RFP (request for proposals) at that point in time to do a design and get a final cost. The Stadium Authority is going to give us an approximate cost I believe when they’re done doing their study.”

The commissioners voted 4-3, with Bertino, Bunting and Commissioner Ted Elder opposed, to extend the contract. As far as whether the sellers would agree to another extension if this one didn’t prove long enough, Mitrecic indicated it was likely.

“If they don’t sell it to us, I don’t believe they want to sell it,” he said. “The reason they’re selling it is because it’s for the sports complex. As one of the biggest hoteliers in the area it certainly affects them.”